The Australian Ex-Prisoners of War Memorial located in the Ballarat Botanical Gardens records the names of more than 35 000 Australian POWs (about 8600 died or were killed when they were prisoners of war, more than 4000 have no known grave). The lists of names on the memorial are arranged in alphabetical order, grouped by conflict, commencing with the Boer War on the left through to the Korean War and are etched into the 130m long black granite wall. There were no Australia POWs in the Vietnam War.

The booklet printed for the opening ceremony states:

The Australian Ex-Prisoners of War Memorial is dedicated to all Australians who became prisoners of war while fighting the enemy.

No complete list of names of Australian prisoners of war has previously been compiled. Records from the Australian War Memorial, the Department of Veterans' Affairs, the National Archives of Australia, the State Library of Victoria, military histories, history webpages, newspapers and replies resulting from an Australia-wide appeal for names have been consulted. There are errors and gaps in the records available. Unfortunately some names will have been overlooked. Provision has been made for additional names to be added to the Memorial. 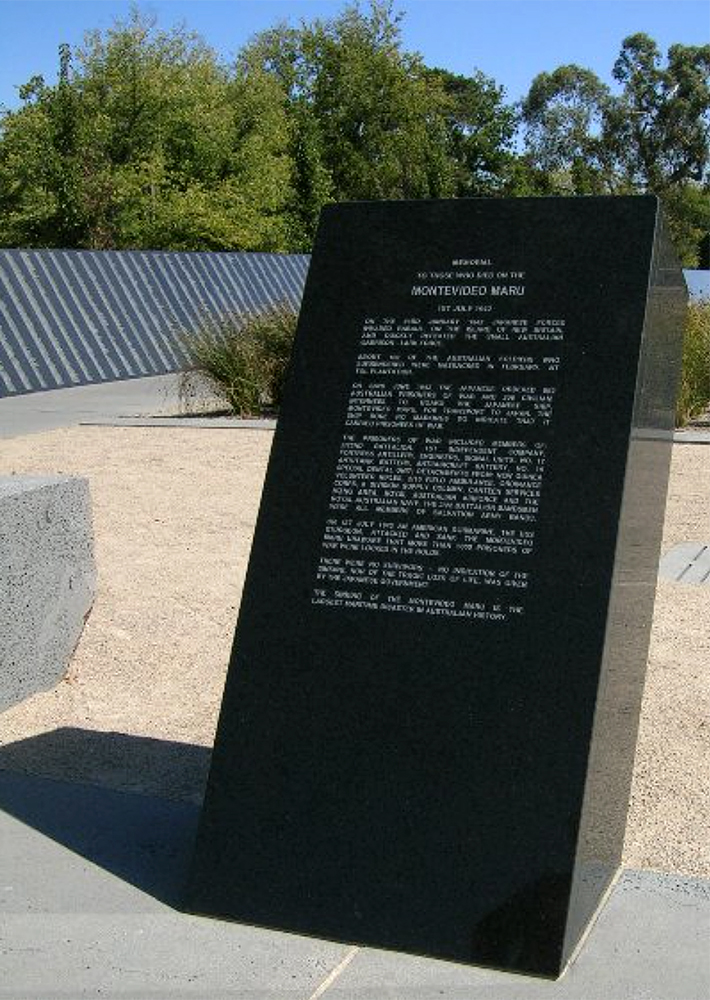 The text on the Montevideo Maru Memorial located near the center of the POW Memorial complex states:

Memorial
to those who died on the
Montevideo Maru
1st July 1942
On the 23rd January 1942 Japanese forces invaded Rabaul, on the island of New Britain, and quickly defeated the small Australian Garrison - Lark Force.
About 160 of the Australian soldiers who surrendered were massacred in February at Tol Plantation.
On 22nd June 1942, the Japanese ordered 852 Australian Prisoners of War and 208 civilian internees to board the Japanese ship, Montevideo Maru, for transport to Japan. The ship bore no markings to indicate that it carried Prisoners of War.
The Prisoners of War included members of the 2/22nd Battalion. 1st Independent Company, Fortress Artillery, Engineers, Signal Units, No. 17 Anti/Tank Battery, Anti/Aircraft Battery, No. 19 Special Dental Unit; detachments from: New Guinea Volunteer Rifles, 2/10 Field Ambulance. Ordinance Corps, 8 Division Supply Column, Canteen Services HQ NG area, Royal Australian Airforce and the Royal Australian Navy. The 2/22 Battalion Bandsmen were all members of Salvation Army Bands.
On 1st July 1942 an American submarine, the USS Sturgeon, attacked and sank the Montevideo Maru unaware that more than 1000 Prisoners of War were locked in the holds.
There were no survivors - No indication of the sinking, nor of the tragic loss of life, was given by the Japanese Government.
The sinking of the Montevideo Maru is the largest maritime disaster in Australian History.

The single obelisk lists the wars where Australian prisoners were taken. 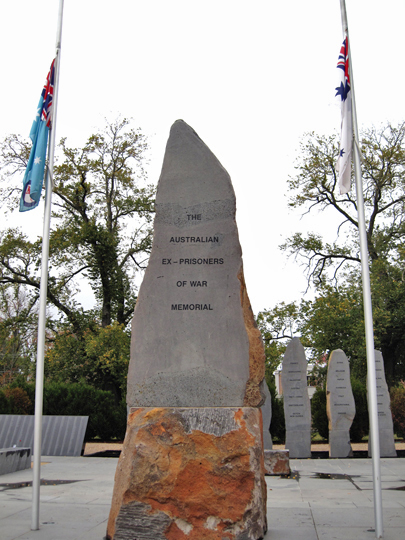 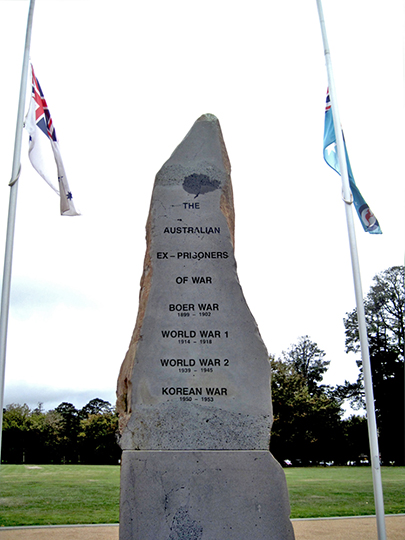 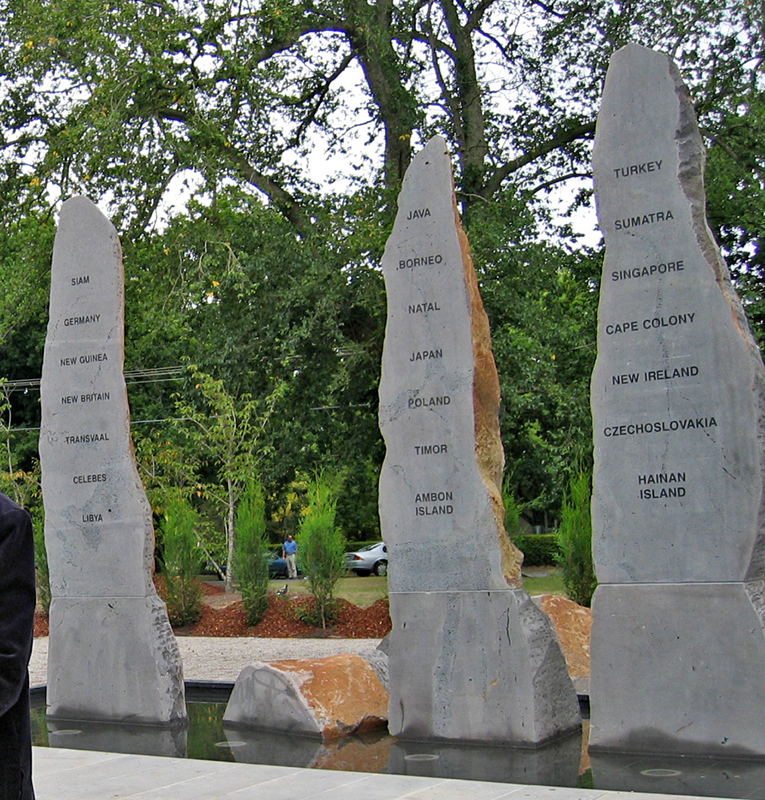