Researched and written by Laurel Johnson 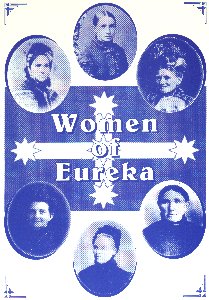 John Alexander and his wife Annie left their home in Montrose, Scotland 1853 for the goldfields of Ballarat. They were actively prospecting for alluvial gold during the time of the Eureka Stockade rebellion.

A stonemason by trade, John Alexander built one of the first miner's masonry cottages on the goldfields (c1856). It is a tribute to his skill that Montrose stands today - not more than nine hundred metres from the site of the original stockade - as the only remaining cottage of its kind. It has been awarded the highest classification by the National Trust of Australia and is included on the National Heritage listing.

Montrose Cottage at 111 Eureka Street, is a well-known point of interest for visitors to Ballarat. The former owners, Laurel and Graeme Johnson, gave guided tours of the cottage and the adjoining museum. Visitors to the cottage and museum experienced a rare insight into the life and often hard times of the men and women who forged the backbone of a new nation.

Women of Eureka was an integral part of an exhibition created to coincide with the 140th anniversary of the Eureka Stockade Rebellion. The unprecedented response to the Women of Eureka has brought forward many descendants who have shared letters, photographs, diary entries, family folklore and precious memories with us, so that we might cast a brighter lantern on the lives of the people who made our history golden.

who are named in the book