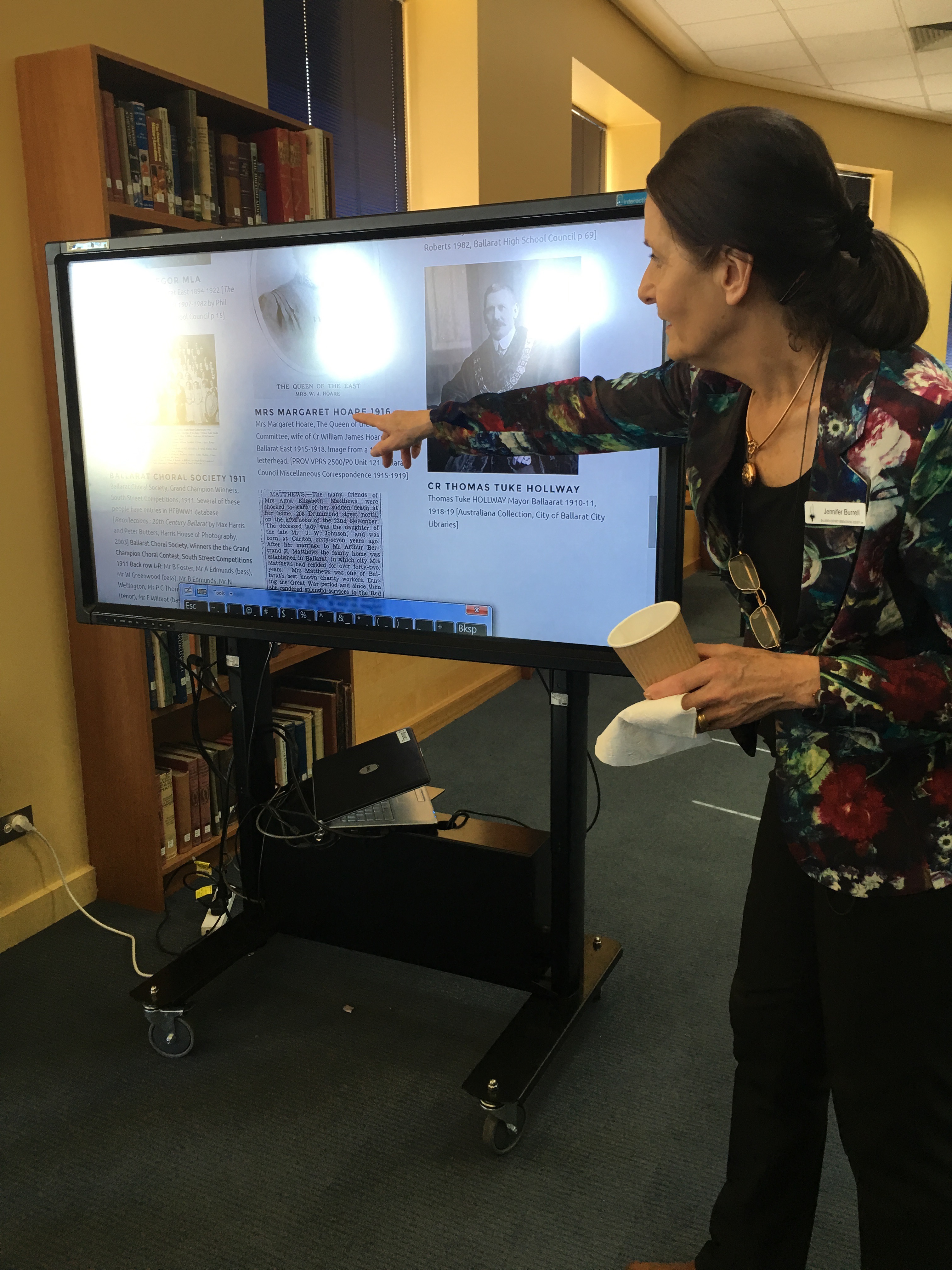 Jennifer Burrell points out some exciting features in the new database.

Ms King congratulated the Ballarat & District Genealogical Society Inc on their achievement saying she was intrigued by some of the stories she had heard about and looked forward to learning of more.

An Anzac Centenary Local Grants Program Commemorative Grant from the Commonwealth Government enabled Ballarat & District Genealogical Society to undertake this project about civilians at home here in Ballarat who contributed to the Great War effort. Organisations formed for that purpose recruited men women and children whose names will now be readily found in this HFBWW1 database with details of their involvement. Research is revealing the commitment of some 2000 residents of Ballarat and District to support those overseas nearer the front line. The Home Front people were not only "keeping the home fires burning " as in the popular war time song, they were actively engaged in many fundraising groups under the umbrella organisation of the Australian Comforts Fund. During this time many local families received tragic news and so the began the commemorative work culminating in the magnificent Avenue of Honour and the Arch of Victory at its eastern entrance.

This article was originally published in The Miner newspaper 12 May 2016. It can be viewed below: